Christmas may have been and gone for another year, but there is one uplifting festive story we would love to share with you… of a young schoolboy who saved all his pocket money to buy gifts for SVR veterans.

Kind-hearted Andrew Scott Crosbie, 10, started saving his money after learning of the work of Scottish Veterans Residences, supporting veterans at risk of homelessness.

He asked members of his family to join him in his fundraising, and used the money he raised to provide Christmas gifts to 30 residents - and two dogs - living at our residence at Bellrock Close, Glasgow.

Andrew’s mum, Sharon Scott, said: “I’m so proud of my boy. Andrew has always been interested in the armed forces, and what they do.

“As a family we’ve always gone to George Square on Remembrance Sunday to pay our respects to those who have died, then two years ago when it was lockdown and we couldn’t go, he asked what happens to the men and women who come out of the armed services and haven’t died.

“He wanted to know ‘Who remembers them?’

“I didn’t have an answer, so we started looking into it and found out about the Scottish Veterans Residences which helps provide somewhere to stay for former veterans in need of support.

“Two years ago he took a wee gift along to the residence in Glasgow, but decided he wanted to do something bigger and for them all.

“There are 30 residents, so he started saving his pocket-money in a jar, and used the money to buy wee gifts to give each of them in a Christmas gift bag.”

Using his own pocket money - of £4 a week - which was topped up by family donations, Andrew filled his gift bags with gifts including sweets, hats, gloves, aftershave and perfume.

He also bought dog treats for the two pet dogs who stay with veterans at Bellrock Close. He delivered the gift bags in the run-up to Christmas, which were gratefully received by veterans.

Two of our Bellrock Close residents provided Andrew with a couple of special keepsakes. David gave him his Veteran’s lapel pin and Gary gave Andrew his beret.

Andrew, a pupil at Carmyle Primary School, said he was delighted to spread some Christmas cheer.

He said: “Everyone should be happy at Christmas. These people fought so that we are safe, and I’m thankful for that.”

Staff at the SVR joined their residents in thanking Andrew for his generosity.

Residence manager Ken Nisbet said: “For a wee boy to save up all of pocket money for a year to do this is just incredible.

“He even wrapped every gift individually and put a wee message in with every present too. 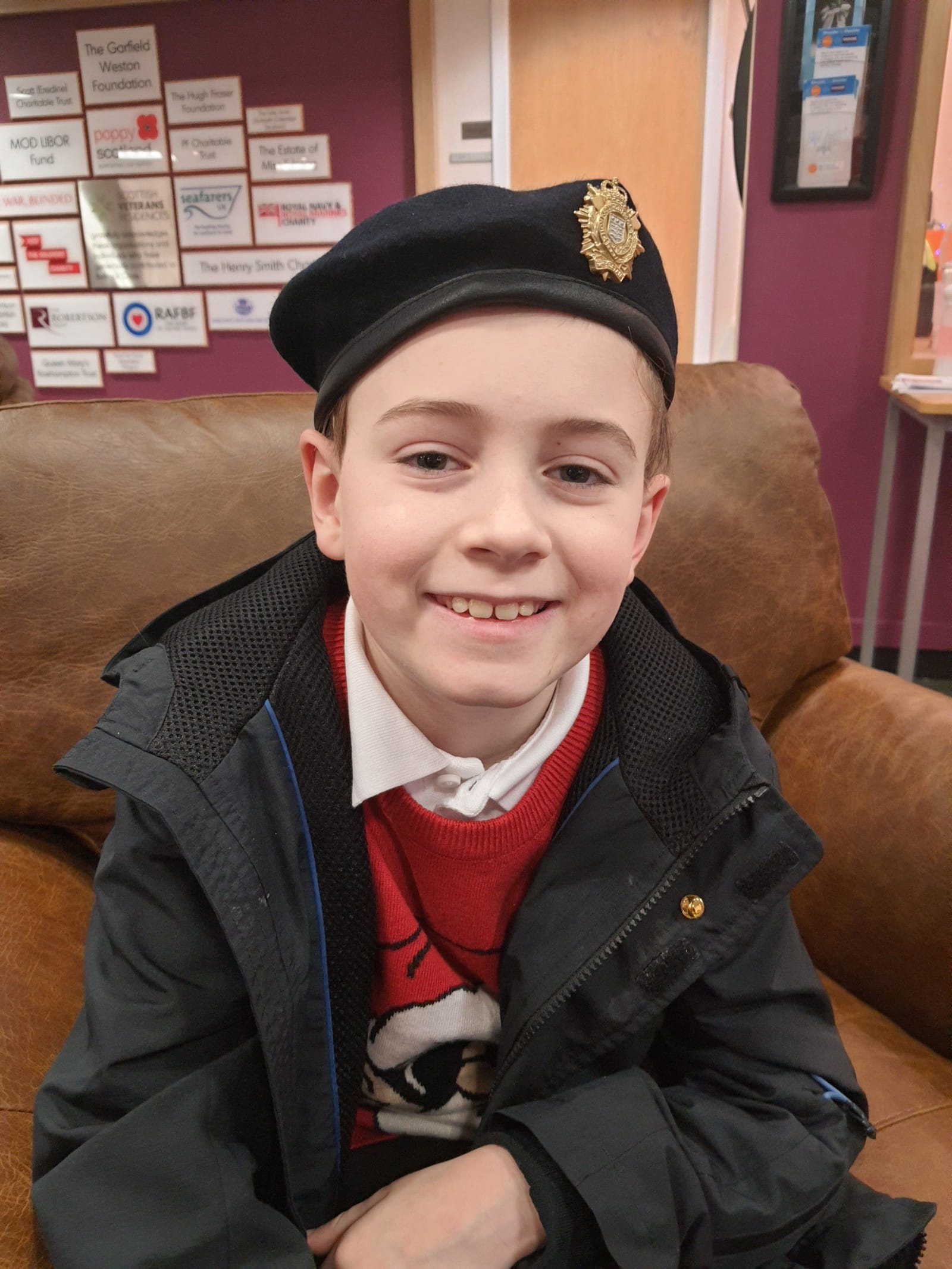