The story of SVR

Scottish Veterans Residences is Scotland's oldest ex-service charity – founded in 1910 it was way ahead of its time. 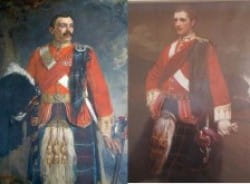 Two Seaforth Highlanders – Charles Pelham Burn and Chilton Lind Addison Smith – saw the squalor veterans in Edinburgh were existing in and decided something had to be done to help. They set up a fundraising campaign that led them to leasing Whitefoord House in the city’s Royal Mile to house and support veterans.

Mrs W G McLaren of Hillpark, Bannockburn, donated the money to buy Whitefoord House in memory of her two sons, Captain James Marshall McLaren and Lieutenant William Victor St Clair McLaren, who both died in the service of their country.

The veterans who arrived at the doors of Whitefoord House in 1911 were veterans of 19th century wars such as the Crimean War, the Afghan Wars and the Boer War. They were housed in “spacious, light and airy” dormitories and the dining room was fully catered. Daily life was very regimented but after they had finished work veterans were able to borrow books or play games such as draughts and dominoes.

Veterans who come to Whitefoord House today will find a very different residence to the ones who arrived in 1911 but the ethos and spirit of SVR are just the same. 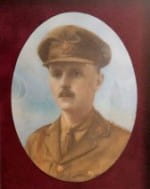 In 1932 SVR was gifted Rosendael, a mansion house in Broughty Ferry, Dundee, by the Proctor Kyd family who had lost their son, Frank Proctor Kyd (pictured), at the battle of the Somme in 1916. Rosendael became the second SVR residence available to help veterans when it opened its doors.

Bellrock Close in Glasgow became the third SVR residence when it opened in 2014 after a huge fundraising drive. The award-winning development includes 21 affordable flats and a 30-flat transitional support unit to help younger veterans re-integrate into civilian life.

Today the dormitories are long gone and SVR can offer 127 en-suite rooms, 30 supported flats, and 46 independent affordable rental flats across the three cities.